Automated testing helps prevent regressions and reproduce complex failure scenarios for bug fixing or feature implementation. This project comes with support for both unit and integration testing with your Screeps code.

You can read more about unit and integration testing on Wikipedia.

This documentation will cover the testing setup for those already familiar with the process of test driven design.

Tests are written via Mocha and executed as tests only if they include .test.ts in their filename. If you have written a test file but aren't seeing it executed, this is probably why. There are two separate test commands and configurations, as unit tests don't need the complete Screeps server run-time as integration tests do.

The standard npm test will execute all unit and integration tests in sequence. This is helpful for CI/CD and pre-publish checks, however during active development it's better to run just a subset of interesting tests.

You can use npm run test-unit or npm run test-integration to run just one of the test suites. Additionally you can supply Mocha options to these test commands to further control the testing behavior. As an example, the following command will only execute integration tests with the word memory in their description:

Note that arguments after the initial -- will be passed to mocha directly.

You can test code with simple run-time dependencies via the unit testing support. Since unit testing is much faster than integration testing by orders of magnitude, it is recommended to prefer unit tests wherever possible.

Before starting to use integration testing, you must install screeps-server-mockup to your project. Please view that repository for more instruction on installation.

You will also need to add scripts to run integration tests.

In package.json, add a new test-integration script and add the new integration testing to the main test script.

Integration testing is for code that depends heavily on having a full game environment. Integration tests are completely representative of the real game (in fact they run with an actual Screeps server). This comes at the cost of performance and very involved setup when creating specific scenarios.

Server testing support is implemented via screeps-server-mockup. View this repository for more information on the API.

By default the test helper will create a "stub" world with a 3x3 grid of rooms with sources and controllers. Additionally it spawns a bot called "player" running the compiled main.js file from this repository.

It falls on the user to properly set up preconditions using the screeps-server-mockup API. Importantly, most methods exposed with this API are asynchronous, so using them requires frequent use of the await keyword to get a result and ensure order of execution. If you find that some of your preconditions don't seem to take effect, or that you receive a Promise object rather than an expected value, you're likely missing await on an API method.

Finally, please note that screeps-server-mockup, and this repo by extension, come with a specific screeps server version at any given time. It's possible that either your local package.json, or the screeps-server-mockup package itself are out of date and pulling in an older version of the screeps server. If you notice that test environment behavior differs from the MMO server, ensure that all of these dependencies are correctly up to date. 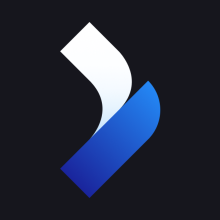